MONEE, IL - Today, Congresswoman Robin Kelly (D-Illinois) joined the Railway Engineering-Maintenance Suppliers Association (REMSA) and its member Whiting Corporation for a tour of their headquarters and manufacturing facility in Monee, Illinois.  Congresswoman Kelly met with Whiting Corporation President Jeff Kahn, company employees, community leaders, and representatives of the railroad industry to discuss the importance of the short line tax credit, freight rail transportation, and free trade policies.  She learned about the company's business operations and took an extensive tour of their 200,000-square foot headquarters, which is home to 160 employees.  REMSA and the National Railroad Construction & Maintenance Association (NRC) coordinated the event.


Whiting Corporation is an industry leading manufacturer of overhead cranes and railcar maintenance equipment for Class 1 and short line railroads.  For over fifty years, Whiting has been a trusted name in railcar maintenance and lifting equipment for the freight and commuter railroad industries, municipal transit authorities, railcar builders and independent maintenance shops.  Their state-of-the-art manufacturing facility in Monee houses the Whiting corporate offices, as well as almost 170,000 square feet devoted to manufacturing.  Their headquarters is home to a fully-equipped, integrated manufacturing facility with a complete machine shop for material preparation, fabrication, machining and component assembly and testing.

"We appreciate the opportunity to show off our facility in Monee, Illinois to Congresswoman Robin Kelly," said Whiting Corporation President Jeff Kahn.  "Our products, engineered and manufactured under one roof here in the Chicago South Suburbs, have proudly supplied American made equipment to meet the material handling needs of railroads, transit authorities, the steel and auto industries and a host of other applications.  We thank Representative Kelly for meeting with us and seeing how members of the Whiting team work to serve the needs of American industry."


First elected to the U.S. House of Representatives in 2013, Congresswoman Kelly serves on the influential House Energy and Commerce Committee (the main policy-writing body of the House) and the House Oversight and Reform Committee.  She has worked to expand economic opportunity and community wellness across the state of Illinois, championing numerous initiatives to generate job growth.  Before being elected to Congress, Kelly was a member of the Illinois House of Representatives, served as Chief Administrative Officer of Cook County, and was Chief of Staff to Illinois State Treasurer Alexi Giannoulias, becoming the first African American woman to serve as Chief of Staff to an elected constitutional statewide officeholder.

"I appreciate the warm welcome from Whiting Corporation and REMSA and the chance to learn more about the opportunities and challenges facing short line railroads," said Congresswoman Robin Kelly.  "Today's discussion has renewed my commitment to passing the BRACE Act (H.R. 510), which permanently extends the rail maintenance tax credit, given its importance to this critical industry that keeps our country moving by rail."


Attendees thanked the Congresswoman for her co-sponsorship of H.R.510, the Building Rail Access for Customers and the Economy (BRACE) Act, which would allow the nation's small, local freight railroads to increase investment into their rail infrastructure and better serve their customers throughout rural and small-town America.  The tax credit has helped small railroads invest more than $4 billion in capital infrastructure improvements since it was enacted in 2005.

"The short line railroad tax credit allows short lines to invest more of their own capital in rail improvements and maintenance to provide ever-safer and more robust service capabilities for their customers," said Chuck Baker, President of the American Short Line and Regional Railroad Association (ASLRRA).  "ASLRRA thanks Representative Kelly for her support of Whiting Corporation and other key businesses in Illinois that support the rail industry and the entire national economy."

Congresswoman Kelly with representatives from Whiting Corporation, REMSA,
GoRail, Will County, and the Village of Monee.


In Illinois, 46 freight railroads operate and maintain over 7,120 miles of track, employing more than 13,150 people. 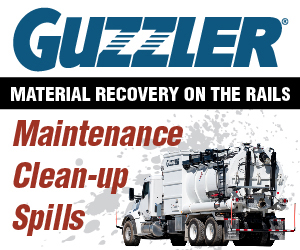 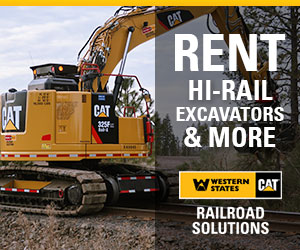