Washington, D.C. – On November 20, 2017, the Railway Supply Institute (RSI) announced the retirement of Tom Simpson as President and named Mike O’Malley as his successor, beginning February 1, 2018.

“Tom has been an outstanding leader and advocate for the railway supply industry,” said Bruce Wise, President, Railway Engineering-Maintenance Suppliers Association (REMSA). “Tom was instrumental in building stronger partnerships within our industry and a key player in the development of the largest North American railway trade show, Railway Interchange. We thank him for his service and look forward to continuing our strong partnership with Mr. O’Malley.”

Simpson joined RSI in 1988 when the organization was known as the Railway Progress Institute. He was named executive director in 2003 and then RSI president in 2010. Prior to joining the institute, Simpson worked for the Federal Railroad Administration.

“We are excited to work with Mr. O’Malley in growing supplier-railroad partnerships and believe he is well equipped to help lead our industry” said David Tennent, Executive Director & CEO, REMSA. “I wanted to sincerely thank Tom for his leadership and friendship and note that his voice will be sorely missed.” 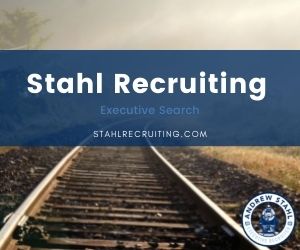